After returning from the Second World War, after a few years, the construction of the structure began, taking several years due to the post-war crisis, until reaching 1972 when it was inaugurated.

Being the last of the hotels born in Vietri sul mare, it had an explosive increase so as to celebrate several banquets a week and hosting families for the summer holidays.

Basically helped by his wife Vincenza and then by his son, the Hotel has always made improvements in trying to make their residents stay at home, as these honors demonstrate.

Having passed away, the company passes to his son, who over the years will modernize the premises and expand the structure with green areas.

Even today, the Hotel Vietri maintains its familiar look and feel in order to make its guests feel at home. 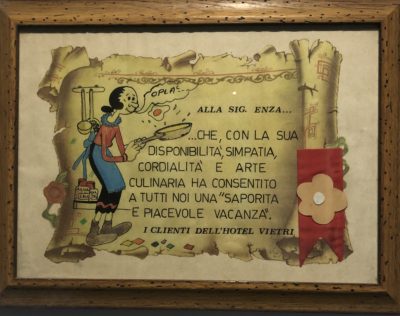 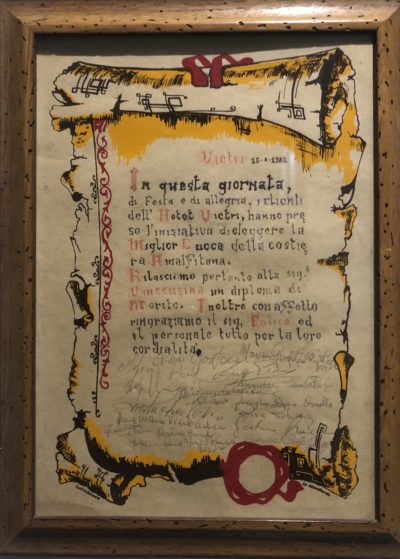 To my father Felice D’Amico
He was born in Amalfi on 19/12/1914, after returning from Africa where he was held prisoner in Massaua Ethiopia for 10 years after the Second World War, having always had the desire to build a hospitality facility on his return he purchased a small plot of land perched in Vietri where I begin to lay the foundations for the construction of the Hotel Vietri.

Any cookies that may not be particularly necessary for the website to function and is used specifically to collect user personal data via analytics, ads, other embedded contents are termed as non-necessary cookies. It is mandatory to procure user consent prior to running these cookies on your website.